FAQ
Back to Blog

What to know about game publishing deals 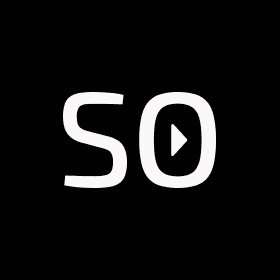 For generations, artists have dreamed of getting “The Deal.” For musicians, it’s the record deal. For writers, the book deal. And for game developers, it’s the game publishing deal.

Whatever form it comes in, signing that dotted line with the big-wig executive is ingrained in our culture as the moment you become successful as a creative.

But is it really the be-all and end-all?

Although “The Deal” is the right move for some people, recent years have seen a movement away from big studios and publishers in favor of more grassroots, indie releases. Musicians are opting for Bandcamp, authors for Amazon self-publishing, and game developers for self-publishing through platforms like Apple/Google stores, Steam, etc.

Ultimately, the “right” choice is simply a question of finding the best fit for your gaming company. To figure out which direction is best for you, you’ll need to understand what a game publishing deal is, what’s great about it, and what might not be so great about it.

What is a game publishing deal and how does it work?

But a publishing deal isn’t simply a piece of paper that says “go publish my game” with two signatures at the bottom. Publishing a game can actually be pretty complicated.

The complexity lies in this: when you create a game, you hold the copyright to it. This grants you the exclusive right to make and distribute copies, to make other works based on your game (sequels and merchandise), and to display and perform your work (streaming). So, for a publisher to publish your game, at the very least, you’ll need to give them a license that gives them rights to distribute and make copies of it.

But publishers aren’t always happy with the bare minimum — it’s simply not economical. They’re publishing your game to make money, and they can make more money the more rights they have. After all, to make any decent return, they’ll at least need royalty rights, and likely merchandising rights too.

Plus, for the developer, one of the benefits of working with a publisher is being able to leverage their connections, expertise, and marketing skills, so not granting them a broad enough license and a large enough interest can potentially hinder your success.

Still, actually giving another company the rights to the game you’ve worked so hard on can feel scary — even if the publisher you’re working with has your best interest in mind, you’re still giving up some of your control.

Typically, a publishing deal also means that you won’t be all the revenue the game will be generating. Even in a good publishing deal, revenue is split to the publisher’s advantage (split is custom for each relationship but may range from 90-10 to 30-70) until the developer’s advance and cost of publisher’s services are recouped. This means that developers may not see any substantial revenue from their game unless they really hit it big.

Ultimately, the points of contention come down to this: what rights are you granting, and what is each party getting in return? A game publishing deal lays out the answers to these questions.

Typically, a game publishing agreement will touch on the following points:

Deal or no deal

Clearly, there’s quite a lot that goes into publishing agreements. So, how do you know if you’re getting a good deal?

While it’s not an exact science, there are a few things you can look out for. According to lawyer Kellen Voyer, unless you’re working on an established IP that you didn’t create yourself, you’ll want to make sure the deal allows you to retain ownership.

As far as the size of advances go, it depends on a blend of the team's experience and test market metrics. Bigger projects (e.g. games with slick 3D graphics with licensed IP) with experienced teams can usually ask for larger advances, which likely skews the average deal size. Voyer says the industry average is $318,000, but for the vast majority of indie developers out there, they should expect much less, likely below $50,000.

For revenue splits, Voyer recommends looking for a deal that gives you a 60-40 split in the publisher’s favor during the advance recoupment period, which should then flip once the advance is recouped.

She also advises that a good publishing deal will last around 6.5 years, and the publisher will be in control of pricing, but the developer can decide when to start discount and bundle pricing.

However, the full range of advance size and deal duration is very wide, so developers should expect to have unique and varied experiences.

It’s also important to factor a publisher’s reputation into your decision. Currently, the top game publishers by revenue are:

These days, signing a game publishing agreement isn’t the only way to release a successful game. If you want to publish a game without giving away any creative or business control—and still get the money you would from an advance—venture capital financing and non-dilutive financing are other options worth considering.

Contact
Questions? Drop us a line👇
support@sanlo.io
Copyright © 2022 Sanlo
Made with ❤️ across the Globe